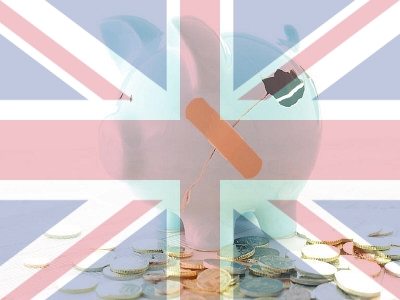 What's in the State Pensions Centre:

Most employees used to build up two levels of State Pension.  Most self employed people only build up one as they pay less national insurance.

Contact us for expert help with UK state pensions.

If you pay adequate National Insurance contributions you will be entitled to a Basic State Pension when you retire.  This pension is provided at the State Pension Age and usually increases in line with retail prices.

Budget 2013 confirmed a new flat rate pension will be brought forward and starts in 2016.

Don't forget you may also have a Minimum Income Guarantee in the form of a Pension Credit addition.

£140 Weekly State Pension Not What it Seems

Many of us will have looked on with pleasant anticipation at the news of our state pension being improved dramatically under new proposals.

70+  Age for all - who knows? The plan is to increase state pension age with life expectancy.

Everybody is entitled to obtain a forecast of what benefits they may obtain from the State when they retire.  It can be an eye opener.

This is done by completing a BR19 form.

You can obtain A STATE PENSION FORECAST by completing a BR19 form to send it to the Department for Work and Pensions.

Completion only takes a couple of minutes and it is time well spent as everybody should have an idea of what to expect when they retire.

It may help you make important decisions on what you should be saving yourself.

You can elect to have the report sent to yourself directly or you can sign the last page and have it sent via our offices if you would like us to explain the contents.

The pensions secretary, Steve Webb, has confirmed that the minimum number of years to qualify for state pension in the UK will be 10 years.

What are Qualifying Years?

Years that you receive credits towards social security contributions such as

What if I have less than 10 years credits?

You are not entitled to a UK State Pension.

What if I am a foreign worker?

If you are a foreign national and work in the UK, it is possible to transfer your social security record for some countries.

How many years are need to qualify for a full, flat rate UK state pension?

Pension Credit came into effect on 6 October 2003.  It replaced the Minimum Income Guarantee.  The Pension Credit is made up of two elements:

The scheme is very similar to the older style Minimum Income Guarantee MIG in that the guarantee pension income levels remain plus a new pension credit to reward you rather than penalise you for having saved for yourself (figures are weekly):

The figures below are the weekly pension entitlement figures as at April 2013 - 14.

Couple both with full State pension:

Benefits are means tested against your total income.  If you have too much income in retirement, you may not receive any top-ups.

How does the Pension Credit work?

Income above Minimum Guarantee? If your income (or assessed income) exceeds the MG threshold then you effectively receive a pension credit reduction of 40p for every £1 above the MG threshold.

Sound complex?  Of course it is, so here are a few examples:

**PLEASE NOTE THAT THE MINIMUM INCOME GUARANTEE WAS REPLACED BY THE 'PENSION CREDIT' ON 6 OCTOBER 2003. **

This page is for historical reference only.

"The State will still look after us if we have little money".   Yes they will but only up to a certain point.  For those who have been unable to make or have not made provision for themselves - the government will still try to help - but only up to a minimal level.  The Minimum Income Guarantee.

They will top up your income if it is below certain thresholds.

MEANS TESTED - YOU WERE PENALISED FOR HAVING SAVED ELSEWHERE.

If you had assets elsewhere such as cash in a bank or building society, other investments, business assets or property (excluding your main home), the Department for Work and Pensions would take these into account and may reduce your MIG.

How much was the Minimum Income Guarantee?

Couple both with full State pension:

Other Benefits: You may have been entitled to other benefits in retirement such as housing benefits, other State organised pensions such as State Graduated Pensions, State Earnings Related Pensions (SERPS) and the State Second Pension Scheme as well as your own company or private pensions.

With effect from 6 October 2003, the new Pension Credit came into force where people are now not penalised as much for having income from other sources when they apply for the above guaranteed income levels.  Learn about the Pension Credit.

Get a State Pension Forecast

This can be done by completing a BR19 form - you can download a BR19 form to send to the Department for Work and Pensions (formerly the DSS).

Speak to us about pension credit.