What Happens To Pension on Death from April 2015 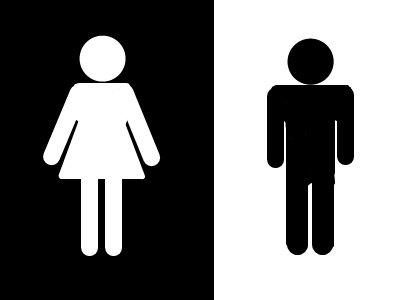 What Happens To a Pension on Death from April 2015?

There is currently a lot going on with pension flexibility and the Treasury has now published revised measures for pension schemes and pension scheme distribution on death and they seem quite flexible.

Firstly we are going to cover the old and new rules to do with drawdown and paying pension lump sums, but will be ignoring annuity or an annuity purchase as they are different.

Before the age of 75, a pension scheme that has not had any benefits taken on your death, the proceeds can be paid out tax-free to your beneficiaries.

So for example, if you moved across and you're now drawing benefits from your pension fund in some form of drawdown scheme, on your death, the current rules are that your dependants have 2 options:

Therefore, if you’ve taken your pension and had your lump sum, you’re in drawdown and you then die, there is either a 55% tax charge if your surviving spouse/dependent wants to take the whole fund out or they can continue to take pension income from the fund but pay normal income tax.

However, under the new rules, which are due to commence in April 2015, if you are in drawdown and you then pass away, your beneficiaries have 3 new options:

This is simply a summary of the new rules and doesn’t take into account the small print, but in short for people below the age of 75, if you’ve taken your pension benefit with flexible drawdown and you then leave that money to your dependents/ beneficiaries, on your death they can potentially draw it all out tax-free or draw it out as a flexible drawdown tax-free.  All of this in turn provides massive flexibility in pensions and acts as an incentive to tax plan efficiently and to also save in pension.

Moving on to what currently applies to the over 75’s, again the same basic rules apply, if you're in drawdown and you then pass away,  your beneficiary can

However, under the new rules if you’re over 75 in drawdown and pass away and your dependent decides to take the pension fund out as a lump sum on your death then the tax charge reduces from 55% to 45%, but then in 2016-17, will reduce further where it will be a marginal rate of tax.

A marginal rate of tax means you'll be taxed in tiers, so if you are a low earner or a low pension income person and you pay no tax, but then draw down the whole fund, even adding that to your income will still keep you within the basic rate tax, and you will have 20% income tax to pay.  If it takes you into the higher rate tax bracket, then a fraction of it will be taxed at 20%, and a fraction will be taxed at 40%.

In terms of the taking as an income again, the same rules apply, so your surviving beneficiary can continue to receive it as an income rather than taking it as a lump sum and get taxed as normal.

Other things that I would add, the difference is that at present those beneficiaries must be dependent beneficiaries.  Therefore, maybe your spouse, your husband, your wife, (your civil partner), who is financially dependent on you can inherit your drawdown scheme.

Under the new rules, you can leave it to anybody.   So in drawdown, you can then leave your pension fund as a legacy to your children or to your grandchildren etc.  Not necessarily people who are truly financially dependent on you such as your husband or your wife.

This is a huge tax planning/estate planning opportunity where we can plan for retirement and pension and be reassured that if we pass away before we reach 75, our loved ones can access it basically tax-free.  On the other hand, if you pass away and are over the age of 75, the loved ones will have the option of either taking it as a lump sum, with a marginal tax rate, or continue to receive it as an income from the fund and be taxed as normal.

The biggest issue under the old rules was it was basically only your legally married spouse who could inherit money and make the decision as to whether to take it as a lump sum or continue with the drawdown.  However, the new rules allow you to leave your pension fund to anyone.

This seems a lot to take in but I am in the process of writing a more detailed article for you to view.  If you would like any futher information, please  contact me.

The Old and New Rules Explained

BEFORE AGE 75 - IF PENSION HAS NEVER been touched/no benefits paid out:

BEFORE AGE 75 - IF PENSION HAS paid out some benefits already:

LUMP SUM PAID TO LOVED ONES

INCOME PAID TO LOVED ONES

LUMP SUM PAID TO LOVED ONES

INCOME PAID TO LOVED ONES