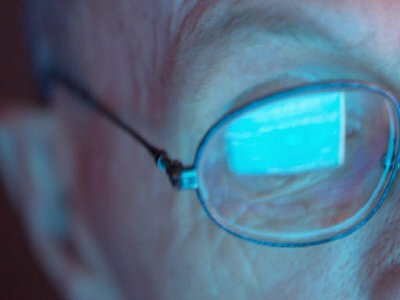 Who can have a personal pension plan?

Under the Pension Simplification  rules you are now eligible to contribute to such a plan if you are a UK employer or a UK Relevant Individual  and receive tax relief on contributions made.  Even if you do not live in the UK you may still be able to pay into a UK pension plan.

What can I pay into a personal pension plan?

How much should I save in my personal pension plan?

This is a personal choice based on what you can afford.  We have produced a number of calculators to help you decide and you should try them to see if they help you in the Interactive Zone.

What happens to my money that I have paid in?

Your pension money is invested normally in collective funds with other pension savers.  You technically buy shares known as 'units' in the pension fund.  Pension funds invest in a wide range of areas such as cash, property, fixed interest stock, bonds, shares, overseas shares and many more.

How does my personal pension plan fund grow?

If the value of an asset owned by the pension fund goes up in value e.g.  a Shopping centre owned by a pension property fund, then the 'unit price' value of your 'shares' or 'units' in that fund goes up.

When can I retire from a personal pension plan?

What happens to my personal pension plan at retirement?

At retirement you are allowed to receive a tax free lump sum of 25% of the fund value and the balance can then be used to purchase a retirement income.  Think of it like investing money in a bank account, you cannot have the money back and you receive income on the money you invested.

There are three types of income style at the chosen retirement date; some are more risky than others:  Secured Income (an annuity), Unsecured Income and for some over 75's Alternatively Secured Income.

What is the maximum pension I can receive when I retire?

There is no maximum pension you can receive.  Your pension income depends upon the size of the fund that you have built up and then what income/interest rate that fund can then pay out.  If your fund grows too a huge fund there will be tax penalties if it is above the Lifetime Allowance.

What happens if I die?

If you die before you have retired ie not taken income or tax free cash from your pension your heirs will normally receive the whole pension fund as a lump sum.  If you die and you are already receiving benefits, cash or pension or both, if it is Secured Income (annuity) your heirs may or may not be able to receive a balance of the fund paid depending upon the type of annuity you invested in.  If you die and you are receiving benefits under Unsecured Income or Alternatively Secured Income you heirs may receive some or all or all of the fund subject to tax penalties and/or inheritance tax.

Can I have Life Insurance Cover?

What is a waiver of premium benefit?

This is offered by most pension providers as a bolt on option to your pension.  This valuable benefit will pay the premiums on your policy if you are unable to work due to long term illness.  Upon illness, the ongoing pension premiums are actually waived by the company but are deemed to have been paid by you.  This cover is inexpensive and ensures that your pension continues uninterrupted.  There is usually a deferred period before this type of benefit is paid and can be between three and six months.  The pension provider will expect you to pay the premiums during the deferred period.  The cost for this benefit can normally be deducted from the overall premium you pay without having to make a separate premium contribution.  You should however, make an allowance for this and increase you overall contribution to ensure that your retirement benefits are not reduced.

Personal Pensions can also be used to 'contract out' of the State Second Pension Scheme (S2P).

You were eligible to contribute to such a plan if you are an employee, director or self employed person living in the United Kingdom and were not members of a Company Occupational Pension Scheme with higher salaries.

You were allowed to contribute to a Personal Pension plan if you had relevant earnings.  Relevant earnings were things like taxable pay, maternity pay, statutory sick pay, taxable benefits in kind such as a company cars.

You were not allowed to take out a personal pension if you were a member of a Company Occupational Pension Scheme as your earnings may be linked to that pension scheme and therefore are NOT relevant.

NB: Some people were able to be both members of an Occupational Scheme and a Personal Pension - e.g.  if you had two employments.  There were also special rules for General Practitioners of Medicine or Dentistry under Statutory Concession A9 which allowed for membership and special tax relief rules.  You should contact us for guidance on this.

Maximum Contributions - The maximum you were able to contribute was linked to your earnings and your age.

Cessation and Presumption of Earnings  - Under rules introduced in April 2001, you were able to contribute more than the above % if earnings in previous years were higher.

Earnings Cap  - The maximum salary allowed for calculations was subject to a maximum cap on earnings.  For the full list of earnings caps since 1989 - visit the company schemes pages.

You were able to retire between the ages of 50 and 75.

If you had a special occupation such as a sports person you were able to retire earlier say from 35.  This tax free sum may be lower if you have transferred pensions in from other pension policies.

You were able to take out Life Assurance Cover as part of your personal pension plan and obtain things like tax relief on the contributions but this was restricted to certain limits on the amount you could pay in premiums.

Get help with your personal pension plan arrangements, speak to an adviser today.