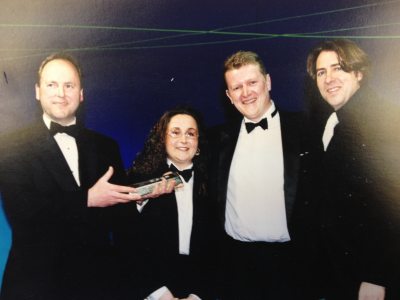 Automated/Artificially Intelligent/Robo Financial Advice:  "Some people have asked us why no major awards for the last few years? We are not actively seeking high profile awards entries at present as around 75% of our time and budget for the last five years has been devoted to the development of our virtual/robo financial adviser.  This is a ground breaking development that many have simply failed to deliver and WE WILL DO SO VERY SOON!"  Ashley Roberts-Clark, Director, June.  2020.

There are 180,000 people employed in financial services in the UK employed by thousands of firms, of which some are many times the size of ours with considerably larger resources, manpower and budgets.  We work seven days a week for our clients and users alike and do our best to ensure that you get the best financial website service possible.  Competition for awards is always fierce and we are always thrilled for just being shortlisted let alone winning as it just proves to us that we must be consistently doing something right for you, our clients and users.

These are also your awards.  Being a smaller firm and pioneering transparent, low cost financial services advice, we need you, our users and clients.  Without you we could not trade, which would mean no site.  Thank you to all our users for your continued support." Ashley Clark and Joanne Roberts, Directors.

How We Won Our Awards