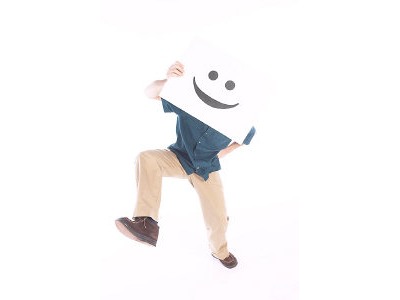 When you save or invest with a life assurance company you will have a choice of funds that your savings or investment can be linked to.  There are typically two types of with profits funds

Few insurance companies now offer Conventional With Profit funds and are more likely to be on your older policies.  Most of the older style, conventional with profit policies have an amount set (known as the minimum sum assured) which would be payable on maturity.  During the term of the policy, bonuses are added as a percentage of that sum assured and that is how the value of the policy grows.  If a terminal bonus is to be added at maturity or on death, it will also be calculated as a percentage of the minimum sum assured.

Some newer profits funds are set up as unit linked funds, where the fund is split into units and your investment premiums buy shares or 'units' in the fund.  As the value of the investment fund grows and hopefully, it profits, either the price of each unit goes up in value, much like a share price, or you receive your bonuses in the form of additional bonus units being added to your policy.

Death Sum Assured for both types of with profits endowment

In addition, and not to be confused with the minimum sum assured or the unit prices and value, some with profits policies have a death sum assured, this is the guaranteed amount that would be paid out on death of the policyholder within the term.

How with profits funds are invested:

How are with profit bonuses worked out?

The level of with profits bonus paid will depend on the level of return made by the life assurance company.  These annual bonuses are set each year in line with what the life assurance company believes will be the long term return on the funds invested.  The bonuses added are not necessarily what has been earned on the investments over the year.  This is because bonus payments are not directly related to investment returns.  For example:

By offering this type of fund, life assurance companies can offer investors exposure to the equity markets without them having to suffer their investment value moving sharply up and down.  This is because once the annual bonuses have been added, normally they cannot be taken away.

When a policy linked to the With Profit Fund matures or on death there may be another type of bonus paid.  This is called a Terminal bonus and reflects the actual growth the life assurance company has made on its investments and any profits it has held back in reserves during your investment period.

Terminal bonuses are not guaranteed to be paid and will depend on market conditions at the time.

Let us imagine that you invest in a with profits fund and the returns are as follows:

If an investor wants to surrender or transfer a With Profit policy early, the life assurance company reserves the right to change the amount paid out if market conditions are unfavourable.  This is called a Market Value Adjustment factor or penalty - sometimes seen as MVA or MVAF or MVAP.

In this example, they have given you more in bonuses than the fund has earned.  Just like a terminal bonus, where they add any reserve profits at the end, if they give you too many bonuses in poor times, they reserve the right to adjust this figure if you encash your policy early.

Market value adjustment penalties do not normally apply on death or at the maturity date.

The Advantages and Disadvantages of With Profits Policies