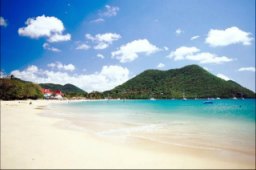 If you are a non-UK domicile but are resident in the UK and you work overseas for a few days, weeks or months through the tax year, you may be able to earn that money without a liability to UK tax.

This is known as an overseas workday relief and your income, provided you meet the basic rules and comply with general criteria, is classed as foreign income under the Remittance Basis User rules and not taxed in the UK.

You must be a non-UK domicile

Think of domicile like your ‘homeland’.  Under UK law, you acquire your domicile at birth from your father.  If you are a foreign non-UK domicile national and have lived in the UK for 7 of the last 9 years you are deemed fully resident in the UK for income tax and capital gains purposes and therefore subject to tax in the UK on your worldwide income.  Inheritance Tax is different: As a foreign non-UK Domicile you will not be subject to UK inheritance on Non-UK assets until you have been resident in the UK for 17 of the last 20 years and become a domicile of choice, this is reducing to 15 years (Summer Budget July 2015).

You must be resident in the UK in the current tax year.

You must not have been resident in the UK for the previous three tax years.

You must be a remittance basis user (RBU)

A foreign non-UK domicile national can elect to pay UK taxes in full on Worldwide income and gains or can claim the "remittance basis" of taxation.

For most people, they will usually qualify for RBU having low foreign income.

If you are a non-domicile UK resident and you meet all the above criteria, if you then work overseas for a period of the tax year, provided that pay is paid to a bank account overseas e.g.  an offshore account in the Isle of Man or Jersey or whatever it might be or to another country bank account provided that money is not bought back into the UK then you will not pay any tax on it.  It is treated as foreign income, not remitted.

How long can I claim overseas workday relief?

In addition, if you then subsequently leave the UK permanently but then return a few years later, provided you have been non-resident for 3 consecutive years again, you qualify for another round of overseas workday relief.  It is unlimited on how many times this can occur.