33% of House Purchasers Now Getting Gazumped 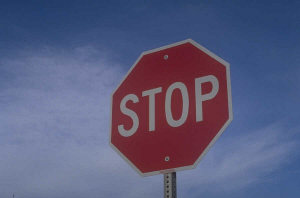 According to a report from Compare the Market surveying over 2,000 UK respondents, gazumping is now the most common reason for house sales to fall through.

Over a third of house-buyers admitted in the last year they secured their house purchase by gazumping.

Gazumping is where the seller can accept another, usually higher offer on their property even after agreeing a sale to another for a price.  Staggeringly, it is still legal in the UK.

The report revealed that just over 3 quarters of prospective buyers said they would consider gazumping if their dream home was under offer already and 39% of buyers admitted they have used this method to secure their purchase.

The report suggested house buyers would pay around £16,000 above the asking price to secure a house sale and around 38% of buyers confirmed they had done this.

Gazumping is a big concern for home buyers, around 81% in the survey said they are worried that whilst waiting for their purchase to go through another buyer may out bid them.

The survey also revealed that more than 2 thirds of the people surveyed have brought or tried to buy a house would support a law to make gazumping illegal or to introduce better protections for buyers.

Having been gazumped on a number of occasions back in the mid 1990's, the writer/director of this website believes it is totally unaccpetable to agree an offer and then accept a higher one.  It is a lgeally binding contract where if either seller or purchaser pulls out for any reason, the contract should be that they cover the injured parties incurred fees including mortgage fees, survey fee and legal fees.

The reality is that in any other area of life, a contract is a contract whether written or verbal and documentary proof should be obtained when an offer is accepted at or over the asking price that partially binds both parties, even if just to cover legal fees incurred should one party pull out.  Gazumping 'stinks' but we understand that if you really want your dream home, you may be willing to pay over the asking price to get it.