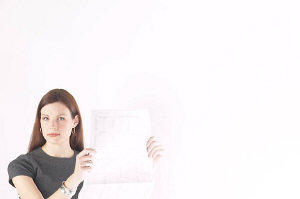 The Office for National Statistics (ONS) most recent data revealed that 56% of men below State Pension age are more likely to have active private pensions than 51% of women.

56% of women felt they did not have enough to fund their desired personal income in retirement compared to 43% of men.

Despite this fact, women on average expect a 15% smaller income than men once they retire.

34% of women are less likely to be aware of the current value of their pension compared to 27% of men.

On average men over 50 have a higher level of cash savings (£40,167) which contributes to their financial security compared to £29,327 for women.

The ONS data also revealed that 28% of women have a higher participation in the defined benefit pension compared to 25% of men.

The most recent data (2017) indicates this could be due to many occupational defined benefit pensions are public sector and women make up just over two-thirds of public sector employees in the UK.

“There are factors considered with these figures including the gender pay gap, women taking career breaks or working part time compared to male colleagues and the coronavirus pandemic may have increased this due to unpaid caring responsibilities typically fall to women”.

The financial services industry needs to do mouch more raise awareness and address this gender pension gap.  We accept that whilst diversity in the workplace is changes,  many women still have additional pressure on both their private lives and careers such as career breaks for children.  This is a issue that may hopefully change with more 'at home' working.