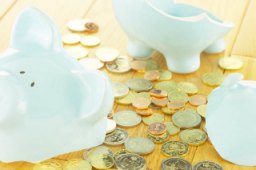 Research and a report delivered by the Institute of Fiscal Studies has concluded that to cover the UK’s increasing debt pile after covid-19 alongside £60bn additional borrowing required to fund tax cuts and cost of living support, the government needs to raise £62bn in additional tax revenues or spending cuts.

It was reported that the proposed tax cuts alone are going to cost £45bn.

The Chancellor’s mini budget last month did little to bring confidence to investors that the UK is set fair to weather the current cost of living crisis and more so, confidence fell away with proposed unfunded tax cuts at both basic rate income tax down from 20% to 19% and a reduction, now withdrawn, of the 5% cut for 45% additional rate taxpayers.  In addition, the 1.25% NHS and Social care levy, initially as National Insurance increases and dividends tax increases makes no sense that this is withdrawn from November.

To put this in perspective, just reversing out the proposed 5% cut to 40% for higher taxpayers has only saved £2bn despite certain politicians would have you believe this was a move to favour the rich.  Much of the cost is to cover the 1% basic rate cut, energy price support and increased debt interest costs.

The report also suggests that the Chancellor, Kwasi Kwarteng should in no way rely on optimistic growth forecasts of some 2.5%pa and we agree given we are heading for a global slow down.

We disagreed at the time, and we still do.  Now is not the time to make tax cuts on income and a non-impactful 1%.  The Chancellor did nothing to reduce real prices with no VAT cuts and no additional windfall taxes of oil companies.  This was all smoke and mirrors as governments need inflation to devalue public sector debt in the medium term, they are not going to reduce the cost of living, they need a sustained period of high inflation.

We need a proper hard-line budget on 31st October 2022.  No tax cuts, help with cost of living and a real plan as to how £62bn will be raised.  People trust honesty, no smoke, and mirrors.  Tell it straight to the people Mr Kwarteng, this is about credibility in government for the people but also for worldwide investors.  A credible plan with restore confidence in the UK, reduce gilt yields and thereby reduce debt interest payments.  Tighten the belts, don’t loosen them.