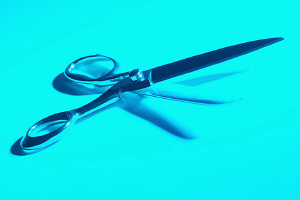 Well, we have heard it all now!

A 22-year-old from Slovenia, her boyfriend and father have received prison sentences as a district court ruled on Friday 11th September 2020.

Julia Adlesic was sentenced to 2 years, her boyfriend 3 years and father, a 1 year suspended sentence.

Julia allowed her boyfriend to sever her left hand with a circular saw at their home in early 2019.  Julia had taken out 5 insurance policies and if paid out she would have received €1 million (£926,000).  She would have received half as a lump sum and the other half in monthly instalments.

Julia’s boyfriend and father took her to hospital saying she had injured herself cutting down tree branches. To increase the chances of disability they left the hand behind, which was later recovered by the police and re-attached in hospital.

During the trial Julia denied deliberately cutting off her own hand and said her youth has now been destroyed and no one wants to be crippled at the age of 20.

Prosecutors revealed days before the incident Julia’s boyfriend had searched online to find out how artificial hands work, and this proved it was intentional.

If we tried to steal £1m of investors money we would be jailed for longer than 2 years.  The sentence is not tough enough but what a crazy way to try and committ fraud.