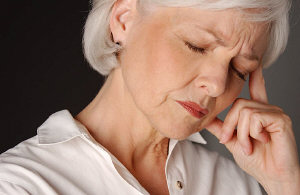 The report estimates around £3 billion in underpayments of state pensions for women going back to 1992.

Also, announced was a ‘state pension underpayment correction’ which was an administration error identified in March 2020, where a small amount of people where unpaid in the ‘category BL’ element of the state pension, which effect underpayments for married women whose husbands reached pensionable age before 2008 and who where unknowingly entitled to ‘enhanced pension’ that would have boosted their payments up by 60%.

Investigations between May and December 2020 lead to the discovery of tens of thousands of married, divorced, and widowed people that may have been underpaid since 2008.

A repayment programme began on 11th February 2021 and some are expected to fall outside the forecast period.  The true extent of the underpayments is yet to be established.

An FOA inquiry to the Department of Work and Pensions (DWP) in February 2020 by Steve Webb LCP revealed large numbers of women were getting lower than expected state pension rates and after further campaigns it revealed that other groups of women including the over 80’s and widows may have also been effect.  A specialist unit employing over 100 civil servants has been set up by the DWP.

This is the first time the DWP has admitted the scale of the problem, an etimate previously submitted to the DWP was in the excess of £100 million for underpaid state pensions.

This is some oversight.  Another £3bn of debt when the country can ill afford it and what about all those women that have passed away?  How will the DWP track down beneficiaries?