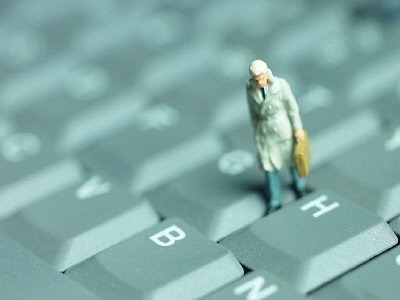 Chancellor, Rishi Sunak, is under pressure from all political parties, including Conservative backbenchers to take action to help people with inflation and huge increases in the cost of living which, look likely to get worse.

A windfall tax on energy and fuel companies has been proposed by many and Sunak has not ‘closed the door on this’ although we know that Prime Minister, Boris Johnson, is not keen on this as he wishes to attract new business investment to the UK.

With CPI inflation for April at 9%pa announced this week, the pressure is on.    The old measure of inflation, RPI is now at 11.1%pa.

Reports across the internet suggest that the Chancellor and the Treasury are working on plans to increase the ‘warm homes discount’ for up to 3m poorer households in the UK as well as bring forwards a cut in income taxes by 1%pa.

The ‘warm homes discount’ is currently £150pa and it is rumoured that Mr Sunak is considering a one-off additional discount of between £300 and £600.

For income tax, the government ‘taketh away’ and may now ‘giveth back’.    We are all just getting to grips with the new Health and Social care levy of 1.25% but plans were already in place to reduce the basic rate of income tax from 20% to 19% from April 2024.  It thought that Mr Sunak may bring the income tax cut forward to April 2023.

The above tax cuts will cost between £5-6bn.  The Treasury will need to look at where they can ‘Rob Peter to pay Paul’.  There is siginficant additional revenue coming in from frzoen allowances, capital gain tax receipts,  stamp duty and inheritance taxes.  In addition, corporation taxes increase in April 2023 which should provide much needed additional revenue to cover these costs as well as the fact that tax allowances remain frozen until 2026.

Sadly, one thing that still bothers us is that there are more job vacancies in the UK than unemployed.  This means that unemployment does not need to exist and many could be brought off benefits if incentives made it more attractive to do so.  A carrot and stick approach would be better emloyed.  We accept that there are many people unable to work and contribute economically to society but, an able bodied unemployed persion is not commecially contributing to society and they should be.  Paying no tax or national insurance and simply claimimg support is a drain on society when you are fit and healthy.

Back to War?  A Land Army and Care Army?

Strong nudges for people to work need to be made and  we accept that ‘do-gooders’ will object to forcing people to work, so compulsory work is not feasible, although it should be.

Even just cleaning the streets or preparing an additional meal everyday for an elderly neighbour contributes to society.  Labouring for local authorities, crop picking subsidy or any other areas with labour shortages should have tax incentives for the unemployed to take up work.   5% income tax paid for people taking up ‘land army’ or ‘care army’ jobs will mean that gaps in our immediate needs are improved as well as people actually paying taxes rather than being a drain on society can only benefit the public purse.

We are not blaming the unemployed if they do not have the skills to take on particular jobs, we blame the government for not incentivising people to take unskilled, unpopular and perhaps dirtier jobs.