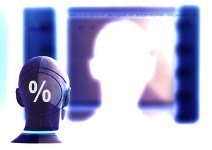 The Office for National Statistics (ONS) has this morning released UK inflation figures for November 2021.

The ONS’s Chief Economist, Grant Fitzner put the inflationary increases down to increases in:

What about the old measure of Retail Prices Index?

The old measure of inflation which is an arithmetical mean of the average prices of a basket of household spending hit a staggering 7.1%pa (6%pa in October).

With the government’s CPI of 2% pa, current CPI is 250% higher than target.  When you look at RPI it is even worse.  The Bank of England cannot ignore these figures, but the US had similar inflation figures and the Federal Reserve have not taken action yet.  This is going to be a close call by the Monetary Policy Committee.  Higher inflation is bad long term for the economy but is fantastic for devaluing public sector debt before they ever have to repay it.

The Bank of England knows it needs to increase interests, the International Monetary Fund (IMF) has also urged the Bank of England to raise interest rates or warned it will hit a 30-year inflation high in 2022.  It is going to be an interesting next few days as both the Federal Reserve’s Federal Open Market Committee and the Bank of England Monetary Policy Committee are due to meet today and tomorrow respectively.  We suspect the omicron variant may be used as an excuse to defer any interest rate increases, although even if they do increase, it will be marginal.  Central banks and governments are scared witless of deflation so they will not necessarily put to much of a squeeze on the economy.

Afford Mortgage
Base Rates Up