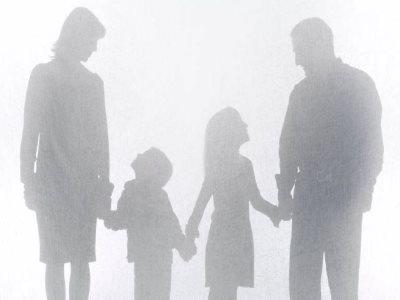 A comment this weekend from John McDonnell, Labour’s Shadow Chancellor, in a Sky news interview confirmed that the Labour Party may change the inheritance tax system in the UK and replace it with a lifetime gift allowance scheme.

This new change could see the closure of the ‘Bank of Mum and Dad’ (BOMAD) which is currently the UK’s 9th biggest mortgage lender.  As this may reduce the amount of money people could give to their family’s tax efficiently and could stop parents helping their children getting onto the property ladder.  This is family wealth being stolen.

The Labour party suggest that everyone would receive a lifetime gift allowance of just £125,000 and anything over that amount would be charged to income tax and we would all lose the current gift allowance £3,000pa each and a nil rate band of £325,000 + £150,000 (rising to £165,000) for our main home Private Residence Allowance.

An estimated £9.2 billion more a year than the current system may be raised.

Current lifetime gifting allowance rules (under potentially exempt transfers PETs) let families share their wealth in tax efficient way for the younger generation to benefit from their family’s money when they need it.

The new system will remove this incentive and may see people spending as much money in their lifetimes as they can and leave their children to fend for themselves.  Which may not be a bad thing, but is fundamentally wrong when you have already paid taxes on it.

Ashley Clark, Director at Roberts Clark and MD of FinancialAdvice.net comments:  “So for millions of hard working families who started with nothing, like me growing up on a ‘concrete jungle’ council estate, attending the worst performing school in the borough of Sandwell, West Midlands, which was also the 2nd worst borough educationally in the whole of UK, and worked hard to achieve 18 ‘O’ levels, ‘A’ levels, degrees and Chartered status and his wife and Co-Director, Joanne Roberts, also state school educated and also Chartered, whose father went to school with no shoes, yet managed to build a business, buy a farm and land and become comparatively wealthy, we must now be restricted and pay tax on virtually all that we gift when we die, this is despicable!”.  He added: “We will end up paying tax on money that has already been taxed”.

He added:  “Meanwhile, I assume MPs will continue to vote successive pay rises through and still Westminster will only be open for around 148 days a year, the equivalent of around just 30 five-day working weeks.  That’s 22 weeks away from work, I accept some in constituencies, but many MPs do not sit all of the time Parliament is open anyway.  What is wrong will this picture?  Why is Parliament closing in just 3 weeks for summer recess?  Why will nothing happen in Parliament in September when they are supposedly back at work but conference season then starts?  So what time do we have before Brexit date?  Probably just 4 weeks of open parliamentary debate – Shame on you all”.