Home Mover Deposits Up 40 pc As Movers Up 13 pc 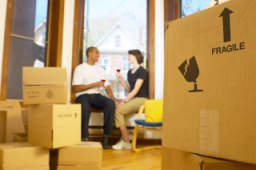 Over the past 10 years the number of people moving home has only risen by 13%.  According to new Lloyds Bank, this is due to deposit costs and rising house prices.

This is perhaps an unfair comparison given that in 2009, house prices were disproportionately lower given the credit crunch crisis of 2008/09.