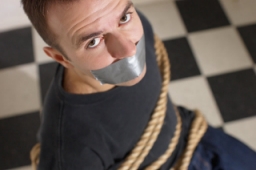 The government had planned as part of the new Financial Services Bill to include a new clause that would allow the government to have a ‘call in power’ to  "direct a regulator to make, amend or revoke rules".

The Treasury Select Committee was against this clause, and this has now been withdrawn but may be reintroduced later with further consultation.

The Bank of England acts independently of the government.  Financial regulators such as the Financial Conduct Authority (FCA) and The Pensions Regulator (TPR) act with within financial services and pensions laws but they are free to interpret the law and enforce with the Conduct of Business Sourcebook (COBS), the rules that the FCA sets for financial companies.

It is important to maintain the independence of regulators in setting regulatory rules for the industry and it would be dangerous to let the government of the day have a ‘veto’ or a right to ‘call in’ the regulator to change/withdraw rules but equally it has been far too long that no-one ‘regulates the regulator’.

The FCA and its predecessors have been free to make mistakes, have made some poor and costly decisions, in our opinion, e.g., failing to spot rogue financial advisers mis-selling thousands of British Steel Defined Benefit Transfers and then no accountability for the debacle that is pension transfer advice.  So many good advisers have been priced out of the market and are now paying astronomical insurance fees for a failure to regulate by the FCA the rogues.

That said, we do not believe that a right by the government to force regulators to withdraw or amend rules without consultation is a good thing for consumer protection.

Tracker v Fixed Rate
UK and US Rates Up