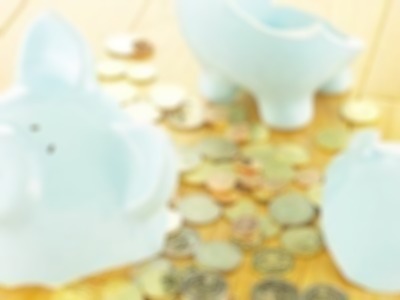 The Government announced earlier this week following a review, that the Department for Work and Pensions (DWP) will ban the charging of flat fees on small pension pots worth under £100 to stop charges and administration costs 'withering away' a pension pot to zero.

In effect, members with small pots could see their pension depreciate over the course of their careers due to charges and administrative fees on small pensions built up 'here and there'.

The overall charge cap will not be altered and will remain at 0.75%pa, though transactions costs are not to be included.

In the Government's pension charges survey, members in the qualifying schemes were already below the cap with an average charge of 0.48%.

In response to the finance industy's concerns regarding the effects of flat fees and admin costs have on small pots, way back in June 2020 the Government first proposed the ban on flat fees.

Flat fees that are to be banned could be anything between £1pm and £1.50pm as an admin fee.

Guy Opperman, the Pensions Minister wants to limit the depreciation in value of small pots and limit the flat fee charges.  A minimum level will be initially set at £100 before a flat fee is charged and he will continue to review this.

As automatic enrolment has been a great success and some people particularly ones on a low-income change jobs frequently which will result in an increase in the number of small pots being deferred.

The Pensions Regulator also agrees that all defined contribution pension savers should be in a well-run scheme that offer value for its members and support the DWP in limiting flat fee charges.

Leading commentators from the finance industry also support the ban but fear it is not a long-term solution for all problems and we agree.

We believe this should go further with an automated consolidation process in place.  If you are a frequent 'job mover' for example, many people working in hospitality in a tourist resort, may have a job in a bar or resturant this summer and come winter be working on a building site or temporary work in festive seasonal shops or part time postal or other delivery services and then back to another hospitality employer for the next summer.  That could be three different small pension pots in just one year.

The ban on flat fees for funds under £100 make sense but we suggest it is more helpful and gives the pension saver more stability if there was an automated process for all small pots to be transferred to a person's 'default' workplace pension pot, so that collectively many little pots build in the default central pot to present real value and keep administration costs down for pension providers with literally thousands of small £100 pots to administer.