Should I Fix My Mortgage Rate 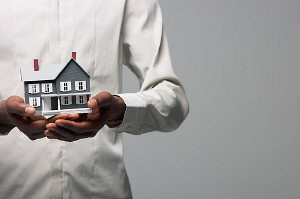 Should I Fix My Mortgage Rate?

If you have a tracker mortgage, you currently will be enjoying extremely low mortgage interest rates and monthly mortgage payments. Some of you will have had fixed rates that have ended and are now hovering in your mortgage company’s standard variable interest rate zone wandering what to do.

Familiar territory - A history lesson
We believe the economy is a virtual carbon copy of the 1980’s.  Margaret Thatcher came into power in 1979 with the UK having record public sector debt and unemployment on the rise after a period in the 70's of oil crisis, IMF bailing out UK, industrial action, green goddesses on the road, the Winter of Discontent and more.  She then privatised every loss making state owned business to cut spending and she also, rather quietly, let inflation bubble away for 10 years and thereby devaluing the real cost of the public debt without ever repaying it.

In the late 80’s interest rates were hovering around 10% and speculators were preying on the strength of the pound as part of the Exchange Rate Mechanism. This drove Norman Lamont to increase interest rates by 5% in just one day. The long and the short was that mortgage interest rates were around 15% to 16% pa if you wanted to buy a house in 1989.

Today -2012 - 2014 - a lesson from past?  Fuel shortages, gas and oil price instability,  industrial action from the public sector, spending cuts, changes to how inflation is measured RPI to CPI, then economic stimulus, help to buy mortgage schemes and more cutbacks with civil service, local government, armed forces and even the Royal Mail sale.  Look familiar?  It is.  So what do we expect for mortgage rates.

Pressure on lenders, rates will increase
There are increased costs hitting mortgage companies soon. There are more expensive, tighter regulations following a Mortgage Market Review after the banking collapse of 2008. Fee based advice rather than commission only selling started in 2013 so profits may also fall. In addition new EU capital strength requirements are coming meaning that finance companies will have to build up reserves.

All these pressures on banks and lenders will not make mortgages any cheaper but likely to be more expensive over the coming years.

Should you shop around? Yes
You must always shop around for the best mortgage rate.  It is expensive nowadays to remortgage with a new company as some have high application fees. Do shop around, but also compare your current mortgage lender even if the rate is a little more, it still may be easier and cheaper in the long run.

Should you pay capital off? Yes
Many lenders allow for over payments usually of around 10% each year. Our view is that interest rates in a few years time will rise very rapidly.  We cannot just keep ‘printing money’ with quantitative easing and also inflating our way out of debt without a ‘payback’. Perhaps interest rates will not to be 16% pa, but certainly there is a risk of interest rates hitting 8-10% pa in around say 2018-2020.

You must plan to get your mortgage debt down now.  Look at your budget and make cutbacks. Even just overpaying your mortgage by £100pm or £200pm for a few years will have a dramatic effect on how much you will owe in 5 years.

Contact us and find out how you could benefit from fixing your mortgage payments.