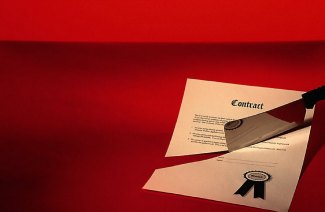 Given the further reduction in the lifetime allowance to £1 million with effect six of April 2016, even more people will be affected.

In 2016, pension savers will again be offered both fixed protection and individual protection.

How do I work out the value of my pension?

For Private investment linked pension schemes such as personal pension plans, self-invested personal pension plans and stakeholder pensions as well as defined contribution, occupational/company money purchase schemes it is straightforward to work out the value of your pension fund, as it is simply the fund value.

For defined benefit, final salary and all career average salary pensions the calculation is different. When you receive your pension statement it will give you an accrued pension income value that you will receive on a per annum basis. Your statement should read something along the lines of: "projected pension income £25,000 per annum". To work out the value of this pension for lifetime allowance purposes you will need to multiply the annual pension income by twenty times (x 20), meaning that for an accrued pension of £25,000 per annum x 20 = £500,000 of your lifetime allowance has been used.

No need to register for lifetime allowance protection 2016

Given the sheer volume of pension savers that will be affected by this both now and in the future, HMRC appeared to be making life easier not just for savers but also for their own administration by considering removing the requirement to formally apply for fixed and individual protection. When talking with HMRC we have always found their standard position is "the facts are the facts".

Therefore, if you have already exceeded the £1 million pension saving allowance and continue to accrue benefits and growth within your existing schemes only then individual protection should automatically apply. The saying goes for fixed protection, if you wish to retain the £1.25 million fixed protection limit before it reduces to £1 million, provided you accrue no further pension benefits after 6 April 2016 then again, it makes sense for this automatically to apply.

Warning: taking no advice on LTA may cost you

A word of caution: HMRC, if they decide to remove the requirement to register for protection 2016, of very much putting the onus on you to be aware of pension law. If you do not take advice, you could find yourself landed with larger tax bills when you come to draw your pension benefits.