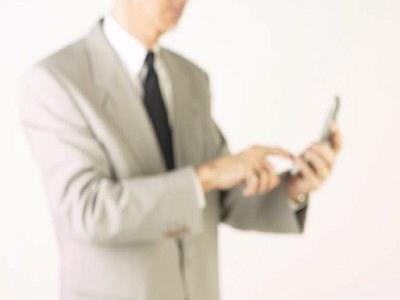 Many of us make plans for death and protecting our loved ones including life insurance, spouse and dependent pensions, trusts and wills but most of us do not think about or have made no plans if we become unable to look after our own affairs.

What is a Power of Attorney (POA)?

Should I have a Power of Attorney?

We believe everybody should have a Power of Attorney in place just in case you become unable to look after your affairs e.g.  you become physically incapacitated or indeed your mental health deteriorates.  This may seem extreme and unlikely, but it affects thousands of people every year and it is a must for us all.  Failure to have this simple appointment letter done could place immense difficulties on your loved ones and even mean going to court to have a person appointed to look after your affairs.

Before moving on, it may be helpful for you to understand the 2 following terms:

There are basically two types of Power of Attorney:

Contact us for help with your powers of attorney.

This is a document where you (the donor) appoint another person or persons (attorney) to act on your behalf and with your authority on a given matter.  You specify what those powers are, over what property the attorney can have dealings and when the powers are effective such as between certain dates.

For example: To look after your home whilst you are working abroad for a year.  The problem with the general Power of Attorney is that if you become mentally incapacitated the appointment ends and your attorney no longer has control.

When does an Ordinary Power of Attorney start?

As soon as you sign it and your Attorney signs it.

When does an Ordinary Power of Attorney finish?

It finishes when either

An LPA is where you give authority, in advance, for people to look after your affairs should you lose physical and/or mental capacity.

There are two types of LPA: This complete, 'double' LPA package is for both i.e.  2 X LPAs for 1 person

For a lasting power of attorney to be valid certain requirements need to be met:

Enduring Powers of Attorney (EPA) set up before 1 October 2007 are still valid:

However, an EPA became valid if you became mentally incapacitated provided you had registered the Power of Attorney with the Public Guardianship Office (formerly the Public Trust office).

You could even word the EPA to only become effective upon mental incapacity so that you have complete control over all your assets unless something unfortunate happens i.e.  ‘just in case’.

Enduring Powers of Attorney are more serious with regard to the powers given because these powers continue after mental incapacity at which point the donor may not understand exactly what is happening.  Once mental incapacity is present, the Power of Attorney cannot be revoked without intervention by the Court of Protection.  Care, therefore, needs to be taken on who is appointed.

When did an Enduring Power of Attorney start?

Even though both the donor and the attorney may have signed it, it is not effective until mental incapacity starts or is suspected of starting and the EPA has been approved and registered with the Public Guardianship Office.

When did an Enduring Power of Attorney finish?

The Mental Incapacity Act 2005 came into force on 1 October 2007 and removed the uncertainty regarding decisions made on behalf of others when they are mentally incapacitated.

The Act made amendments to, updated and replaced the Enduring Power of Attorney (EPA) Act 1985 and has given the Court of Protection more comprehensive powers than before.

The Act applies only in England and Wales; however there has been a similar Act in Scotland since 2001.

The amendments apply to persons with a temporary mental incapacity as well as those who have been mentally incapacitated since birth.  Persons over the age of 16 will be affected by the changes.

Other key principles from the Mental Incapacity Act include:

3.  Court of Protection - Power of Attorney

The court of protection has the overall jurisdiction in all cases of mental incapacity.

The court can make decisions about an individual’s personal welfare and financial matters or they can appoint a deputy to act on their behalf.

A deputy is regarded and treated as an agent of the individual who lacks capacity.

A deputy has similar powers to that of an attorney, however a deputy’s main function is to replace the hands on role of the court protection and public guardianship office.

The assessment regarding lack of capability is made at the time a decision in relation to a particular matter needs to be made and is based on the individuals inability to make a decision due to impairment of or disturbance in the functioning of the mind.  The lack of capability also includes temporary situations caused by alcohol and drugs.

The process applied to the lacking capability procedure is in three stages:

If an individual is unable to perform any one of the 3 conditions, it indicates that they are unable to make a decision, so another person will have to make it on their behalf.

This is usually an attorney who has a lasting power of attorney, however it can be a court.

Where a lasting power of attorney authorises decisions about property and affairs, it does not authorise an attorney to dispose of property by making gifts except:

The done (attorney) may make gifts:

If the value of such gifts is not unreasonable having regard to all circumstances and the size of donor’s estate.

Anniversary of birth, a marriage or formation of civil partnership or any other occasion where presents are customarily given within families or among friends or associates.

This is subject to conditions or restrictions in the instrument (deed).

This is almost identical to the powers under an enduring power of attorney.

6.  Getting Started With POA

A.  Decide which Power of Attorney you require:

B.  Decide what powers you wish to give your Attorney.

If using an Ordinary Power of Attorney you can draft the document yourself or obtain professional help from a Solicitor, Financial Adviser or other to help with the wording and ensure it is effective.

If you require a Lasting Power of Attorney you are required to use a specific LPA form available from solicitors, law stationers or the Public Guardianship Office.

D.  Signature once happy, the document should then be signed by the donor and then the attorney.

7.  Who can appoint an Attorney?

In simple terms, anybody who is over the age of the capacity to contract i.e.  18 years.

The donor must not be mentally incapacitated and must understand what they are doing when the appointment is made.

Any such document giving power must also be signed by the donor and the attorney before incapacity starts.

8.  Registering a Lasting Power of Attorney with Public Guardianship Office

You must register a Lasting Power of Attorney with the Public Guardianship Office.

When to register the attorney?

If mental incapacity is suspected to have started or has started the Attorney must notify the donor and three relatives of the intention to register the Lasting Power of Attorney.

There is a priority in which the relatives should be notified, these are:

The Public Guardianship Office will either approve the LPA or refer the matter if they are not happy with the circumstances.

This is a new role and is intended to support individuals who lack capability but has no one to speak for him.

An Independent Mental Capacity Advocate can challenge decisions, which have been made by an attorney or deputy.

No Will Law
Care Fees