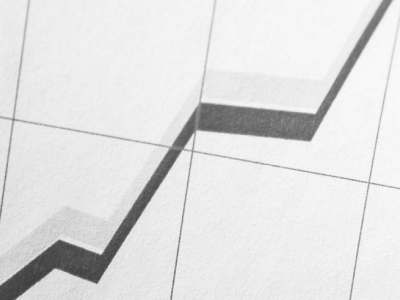 Asian equity market performance was negative in January as optimism around the Phase One trade deal was overshadowed by the coronavirus outbreak in China. Most markets had a strong start to the year but sold off sharply as the speedy spread of the virus was beginning to be perceived as a threat to global growth.

Investors are particularly concerned that Chinese demand will be weakened as travel restrictions and quarantine measures reduce the flow of people and goods.  Also, there is an increased risk of supply side disruptions as China is now a key component of global supply chains.  Against this backdrop, the defensive sectors, such as healthcare, were among the better performers while the energy, industrials and materials sectors lagged.

The Chinese equity markets started the year with positive momentum. As expected, the US and China signed the US-China Phase One trade deal mid-January and the details were generally in-line with expectations.  The deal included increasing China's imports of US goods and services by more than $200bn over two years, a suspension of tariffs on US$160bn of Chinese goods and a halving to 7.5% of tariffs on US$120bn of US imports from China.

In Taiwan, the technology sector led the market lower partly due to potentially weaker than expected sales for 5G smartphones in China and speculation surrounding order cuts from the Chinese technology company, Huawei.

In Korea, GDP growth picked-up in the fourth quarter of 2019 with the magnitude of the upturn being stronger than market consensus.

The Japanese equity market was also dragged lower on fears surrounding the potential impact of the coronavirus outbreak on the Chinese economy.  In particular, investor sentiment was dampened by the travel restrictions on Chinese tour companies, which is anticipated to negatively impact the Japanese tourism industry.

The weakest performers in the Asian region were Thailand and the Philippines – both popular tourist destinations.  Export-oriented countries such as Taiwan and Korea also suffered although India was noticeably less affected.

Latin America was marginally the weakest performing equity market with all countries except Mexico finishing the month lower.  Concerns over a potential slowdown in global growth pushed commodity prices, led by oil and copper, lower. This, in turn, sent local currencies down against the US dollar, which had a negative impact on local equity markets.

In the EMEA (Europe, Middle East and Africa) region, Hungary lost the most ground followed by South Africa.  President Putin proposed sweeping changes to the existing political system in Russia, shifting powers away from the Presidency in favour of the Parliament and the Prime Minister.  However, equity weakness in Russia was less pronounced despite Brent oil and natural gas prices declining by 11.9% and 15.9% respectively.

Egypt, Turkey and the UAE markets generated positive returns for the month.

The South African Reserve Bank cuts its benchmark interest rate from 6.5% to 6.25% in order to stimulate the slowing economy, while lowering its inflation forecast.

Finally, the Central Bank of the Republic of Turkey reduced its benchmark one-week repo rate from 12.0% to 11.25% but stressed the need to maintain a “cautious” monetary policy stance to keep the disinflation process on track.